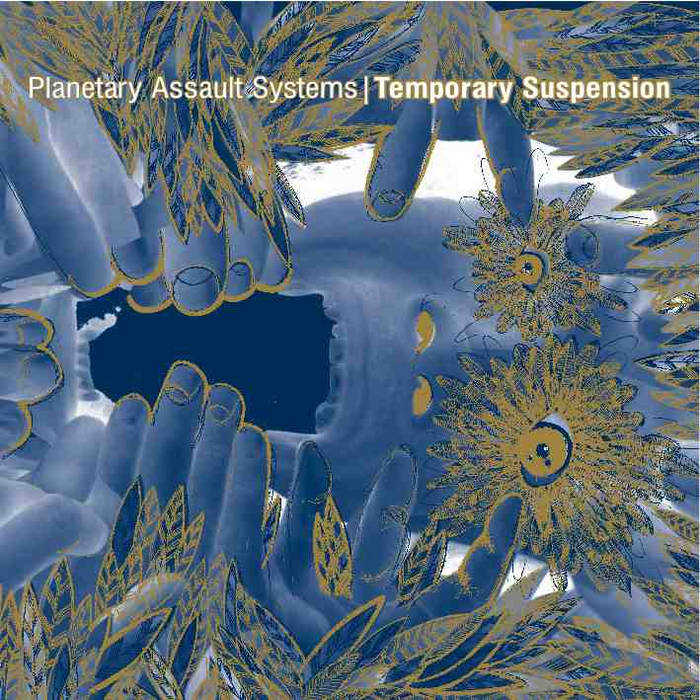 Brendan Buss Doesn't get much more awesome than this... Favorite track: Whoodoo.

"Time to bring the funk and intensity back in a new way. Time to open the sound again", says Luke Slater about his new Planetary Assault Systems album "Temporary Suspension", which will be released on Ostgut Ton at the end of June. Funk and intensity, that's how the Brit who's successfully searched for new ways of expression in electronic music for the past 20 years, pin-points the essence of this album. "Temporary Suspension", is released as a continuous mix of ten tracks on CD, as well as six single tracks on a double 12", and defies any current sound trends. Slater manages to create such an industrial strength and energy, it once again forces the Slater stamp of the Planetary sound. This sound, although evolved over the years, ranges from aggressive techno to very deep and melancholy pieces that still retain that alien feeling. The first track 'Open Up' sets the pace for things to come, already: A driving groove and a thunderstorm of synths cutting through a confusing melody of chimes. Subsequently, the loud and fast 'Whoodoo' dives deep into the primordial blend of techno using an uncompromising, metallic percussion. 'Om The Def' takes the foot off the gas pedal, marking one of the album's definite highlights by using an arrangement of bongos and a funky, distorted bassline oscillating between dense and airy aggregate states.

'Hold It' is an unbelievably sexy Chicago house stomper reminiscent of a modern version of an Amando track. 'Attack Of The Mutant Camels' fascinating with its noise and bleep fest, complete with a decelerated rhythm and a fierce bassline. The sonic adventure continues throughout the following tracks. On 'Gateway To Minia' he loses the beat in favour of gloomy ambient synth chords culminating in a cacophony of noise. But the album does not end here, as he brings back the kick in 'Sticker Men' one last time with the crowd firmly set in his sights: "I'm someone who can't live in the past really, I have an uncompromising need to innovate and to go forward, keeping the old spirits alive and with my audience in mind". Luke Slater's sonic vision on 'Temporary Suspension' as a rough and highly energetic sound hardly comes as a surprise, as he kept testing and pushing his musical boundaries ever since releasing his first tracks in 1989. Planetary Assault Systems has always been Luke's pseudonym for hard and uncompromising techno. Almost all of his releases under that name on Peacefrog have become classics of the genre. Besides PAS, Luke also always showed different sides to his musical prowess. Be it electronica as Morganistic, intelligent ambient as the 7th Plain, or conceptual Detroit techno under his real name on Novamute/Mute Records, as well as with a band project on his own label Mote-Evolver: Luke has never been satisfied with exploring just one aspect in music. In fact Slater is well known for his eccentricity and rebelliousness, aspects that have both helped and hindered his career. Being a resident at Berghain for quite a while now, it was just the logical, next step for Luke to become a part of our label Ostgut Ton as well. He already contributed a gorgeous piece of ambient to our ballet project 'Shut Up and Dance! - Updated' (OSTGUTCD02) as the 7th Plain. "Ostgut Ton makes excellent use of art and music and that's what attracted me to the label in the first place, the music and the art. And that's very much in line with the way I think and feel.", he says. Ostgut Ton is very proud to present to you the return of Slater's most influential project Planetary Assault Systems, bringing the past, present and future of the label to a full cycle.

written and produced by Luke Slater
recorded at Spacestation, UK